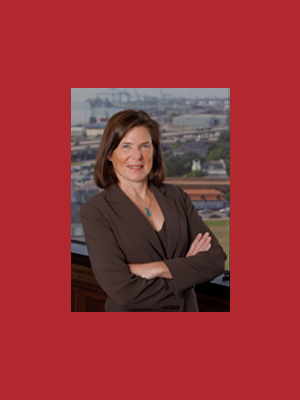 “At the inception of each case, I carefully assess all of the factors at play and collaborate with my client to determine their priorities. Sometimes, concerns like publicity or future insurance coverage or an OSHA citation that could negatively affect their ability to bid on jobs in the future is a greater concern than any immediate monetary impact. Together we choose a strategy that best positions them to achieve both their short- and long-term business objectives.”

The recipient of many awards and honors in employment law, litigator Cecily Kaffer focuses on litigation and arbitration in a range of areas, including employee claims of alleged harassment, discrimination and retaliation, wrongful termination, breach of contract, wage-hour disputes,  as well as employer claims under non-compete and confidentiality agreements, trade secrets and other business torts. She handles matters brought under Title VII of the Civil Rights Act of 1964, the Americans with Disabilities Act (ADA), the Age Discrimination in Employment Act of 1967 (ADEA), the Fair Labor Standards Act (FLSA),  the Defend Trade Secrets Act of 2016 (DTSA) and other federal and state legislation.

Bringing 35 years of legal experience, Cecily has been lead counsel in more than 50 federal and state court trials and arbitrations, and has advocated in hundreds more. As she puts it, “In this area of law, there isn’t much I haven’t seen and haven’t done.” Her in-depth familiarity with employment issues bolsters her ability to see a case in totality from the beginning, predict when and where the problems and challenges will arise, and craft the strategy that is most likely to yield the best final results. This insight provides Cecily with the confidence to stay the course and fight through the expected rocky patches to ultimately gain the most optimal outcome possible.

Cecily provides exceptional counsel to clients in a wide array of industries, including oil and gas, health care, aerospace, shipbuilding, manufacturing, hospitality, publishing, and land and sea transportation in state and federal courts and administrative agencies. To better grasp the challenges many businesses face, she completed a 30-hour certification course provided by the Occupational Health and Safety Administration (OSHA). Understanding that it’s easy for companies to inadvertently run afoul of the dense thicket of regulations surrounding employment, Cecily works diligently to help ensure that her clients stay on a compliant pathway.

Following her graduation from law school, Cecily served as law clerk to the late Chief United States District Judge Alex T. Howard, Jr. in the Southern District of Alabama. The position gave her valuable awareness of the inner workings of the judicial system. Cecily went on to further develop and hone the trial skills that have helped shape her outstanding track record. Judges and juries also respond favorably to her excellent people skills, which include an affable manner and engaging presentation style.